Six Gold Medals is a record for Israeli wines at Decanter. In 2019 there were three golds won by Israelis, in 2018 none, and 2016 and 2017 one only in both years. So the haul this year doubles that of the previous year.

The best performance by an Israeli winery at the Decanter WWA in the last few years has been by the Golan Heights Winery. They won two gold medals, like the others, but also in both 2016 and 2017, they were awarded a Platinum Medal, which is superior to gold. The winning wines were respectively, Yarden HeightsWine 2012 and Yarden Cabernet Sauvignon 2013.

Of course, the finest result ever for an Israeli wine at the Decanter WWA still remains Carmel Winery’s Kayoumi Vineyard Shiraz 2006, which won the Decanter International Trophy in 2010. It was a wine from the 2006 vintage, a year of war between Israel and Lebanon, when growers at a critical stage were not permitted to enter the vineyard in the Upper Galilee. The legendary Steven Spurrier presented the Trophy to Lior Lacser, now winemaker-CEO of Jerusalem Wineries, and Adam Montefiore, now wine writer of the Jerusalem Post.
Whilst enjoying the success of Decanter 2020, let us hope Israel can continue its improvement in Decanter 2021. 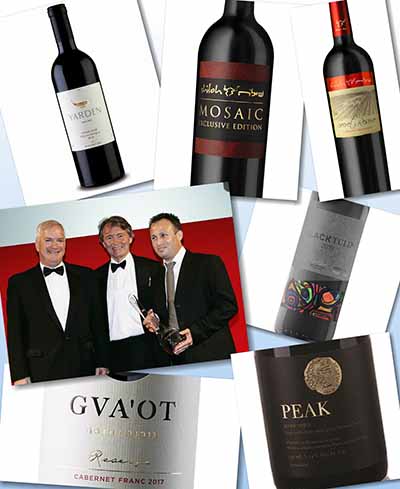