The Top 100 Lists of the major wine publications are eagerly awaited by wineries to see if they are featured. For years, no Israeli winery made the list, until 2008 when the Yarden Cabernet Sauvignon 2004 became the first Israeli winery to be included in the Wine Spectator Top 100 Wines.

Dalton Alma Crimson 2017 made the Wine Enthusiast list as ‘Top 100 Wines of the Year 2020.’ This is a Bordeaux style blend made from Cabernet Sauvignon, Merlot and Cabernet Franc. It was aged for 12 months in French oak barrels.

Furthermore, the Dalton Canaan Red 2019 was chosen by the Wine Enthusiast as one of the ‘Top 100 Best Buys of the Year 2020.’ This wine has made this list for the second year in a row. It is a blend of Cabernet, Merlot and Shiraz. It is light to medium bodied, fresh and flavorful. This wine is sold in Israel under the name ‘Knan.’

The Wine Spectator and Wine Enthusiast are two of America’s most famous and well distributed wine magazines. 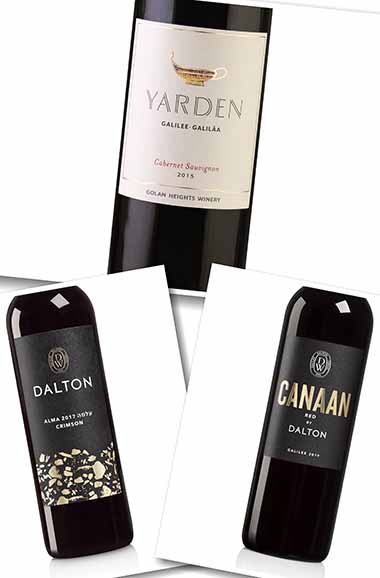