Tragically, Baron Benjamin de Rothschild has passed away, well before his time. Reports say he suffered a heart attack at his home in Switzerland. He was the 6th generation of the Rothschild family, chairman of Edmond de Rothschild Holding SAS and great grandson of the legendary benefactor for Israel, Baron Edmond de Rothschild. He was involved with a wide range of interests including banking, finance, sailing, automobiles, wine, farming, hospitality and nature. Out of the three main Rothschild wine families, it is the Baron Benjamin’s line that have been most involved with Israel and the Jewish community.

Baron Benjamin de Rothschild comes from a long line who have contributed to wine, Israel and the kosher wine drinking consumer.Baron Benjamin’s great, great grandfather, James, bought Chateau Lafite for the Rothschild family in 1868. Benjamin was a 1/6th part owner of Chateau Lafite Rothschild. His great grandfather, Edmond, founded Carmel and a modern Israel wine industry in 1882. Binyamin (Benjamin in English) was Edmond’s Hebrew name. His father, also called Edmond, purchased Chateau Clarke in Bordeaux in 1973 and in 1986 produced the first French Rothschild kosher wine. The wine carried the name of father and son. Even today it is known as Barons Edmond & Benjamin de Rothschild Haut Medoc. It was the first quality kosher French wine, a milestone in the kosher wine revolution that followed. 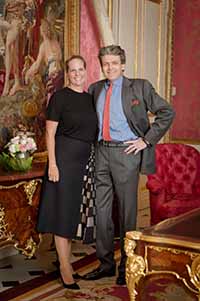 Baron Benjamin de Rothschild showed great loyalty to the Jewish consumer. He not only continued the wine produced by his father, but expanded the range of wines available for the kosher wine drinker. In 2016, a kosher Chateau Clarke was made for the first time, to commemorate the 30th anniversary of the first Rothschild kosher wine.  So now, kosher cuvees are produced of the following wines: Chateau Clarke, Chateau Malmaison, , Flechas de Los Andes and Champagne Barons Rothschild.

His involvement in Israel has manifested itself with continued support of the Rothschild Caesarea Foundation, including the recent archaeological excavations. This foundation focuses on the arts, culture, health, social entrepreneurship and intercultural dialogue.

Benjamin installed his wife Ariane de Rothschild as CEO of the family interests in 2015. She has continued the development of the family’s involvement in wine and Israel. Only recently they donated NIS 50 million for purchasing medical equipment for 22 hospitals in Israel.

Baron Benjamin de Rothschild leaves behind his wife and four daughters. However, his work and legacy will continue. May his memory be a blessing. 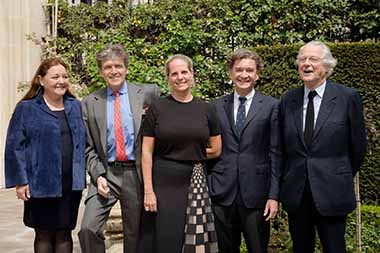